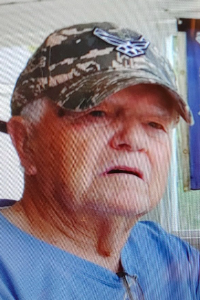 BIDDEFORD POOL- Arnold J. Cote, born on February 22, 1939, passed peacefully on February 23, 2021 at his home on Old Pool Rd. in Biddeford. He was the son of Donald Cote of Eagle Lake, Maine and Theresa Cote of St. Francis, Maine. He attended St. Mary's School and Biddeford High Class of 1957. He attended the University of Maine, graduated with a BS in Business. Proudly served in the U.S. Air Force for 4 yrs. and in the U.S. Army Active National Guard for 2 yrs. He was a member of the Biddeford Pool Volunteer Fire Dept. for 25 yrs. and was a Trustee for 5 yrs. He was a Peace Corps volunteer and served in Honduras for 5 yrs., was very active in the Franco-American Genealogy Assoc. and was also a member of the Biddeford Eagles for many yrs. He won many championships in table tennis, pool, and fishing. He enjoyed dancing, tennis, and traveling. Arnold and his wife Rosanne, traveled over 49 different countries and spoke English, French and Spanish. He was employed as a short order cook in Old Orchard Beach throughout High school. After military service, he was employed by Kaman Aircraft in Hartford, Ct. He returned to Biddeford and worked for Boston Mutual Life Ins. Co. as a debit agent. After college, He was employed by Dunn & Bradstreet as a business analyst. Arnold finished his working yrs. as a self-employed carpenter, which he loved very much. After retirement, he was a Water Quality Volunteer for the Marine Resources, for sole purpose of opening the Biddeford Pool Clam Flats to the general public, which was accomplished after 5 yrs. and now keeps 21 families supplied with employment. He spent most of his time in his beloved barn, working in his shop, fishing, lobstering, and clamming. He was an avid billiards player and loved playing cards each week with his buddies, Terry, Lucian, Lee, Rich, and anyone who wanted to lose at cards. Arnold is survived by his sister Charlene Cummings and husband Rod of Auburn, Maine; sister Marie Savage of Stratton, Maine; brother Harold Cote and wife Carol of Ft. Myers, FL.; His brother-in-law, John Perrault of North Hampton, NH; Nieces Ingrid Mallory, and Brighton Bradford, and nephew Walker Mallory of Carrabassett Valley, Maine; Nephews Jeffrey Poulin and wife Ann and their son Phoenix of Manchester, NH., Jason Poulin and wife Tammy of Cumberland, Maine, and Mike Savage and his wife Liz and their son Parker. And very special friend Sheldon Pope of Biddeford. He was pre-deceased by beautiful wife of 50 yrs Roseanne Perrault, and brothers Gerald and Merle. There will be no funeral service. Burial will be a private affair at the family's convenience. There will be a private get together as planned by family and friends.
Online condolence messages can be submitted at the Chad E. Poitras Cremation and Funeral Service website, www.mainefuneral.com