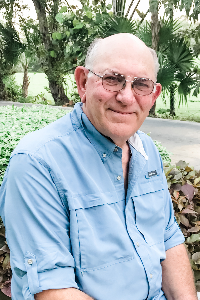 He was born on October 5, 1955 in Sunnyside to Jan and Gerry Don. He was raised and educated in Prosser and graduated from Prosser High School in 1974. He played on the Prosser Mustang football team as an offensive lineman all four years.

Albert met his future wife, Karen Jongsma at the Sunnyside Christian Reformed Church where they were married on June 17, 1977. The couple later became members of the Covenant Presbyterian Church in Prosser and were active members of the congregation and Albert served as an elder.

Albert was born to a farmer and grew up on the Don Family Farm. He ultimately started his career with Wyckoff Farms and remained there for over thirty years. Albert was an innovator, one other growers would get ideas from. Even though he always thought of himself as a farmer first, as the Vineyard Operations Manager, Alberts mechanical pruning, hedging and mechanical thinning practices led the industry. He was well known and respected in the Ag community generally and the grape community, in particular. His many awards as a wine grape grower speak volumes and were extremely well deserved.

He was a devoted husband, father and grandfather and loved spending time with family and his grandkids. He also enjoyed fishing, NASCAR, football and motor cross.

Visitation will be held on Friday, February 26th from 2:00-6:00 pm at Prosser Funeral Home. Graveside services will be held at 12:00 Saturday, February 27th at the Prosser Cemetery. A Celebration of Life will follow at Bethel Church at 3:00 pm. Suggested motels are the Best Western and Holiday Inn Express. You may share a memory or leave a message for the family at www.Prosserfuneralhome.com