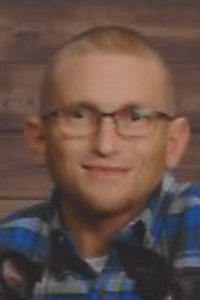 He was the beloved son of Dean A. and Brenda C. (McCarthy) Blais, and the beloved brother of his sister, Sasha Reiser. He was loved by his grandmother Lorraine (Emond) McCarthy, dogs Pepsi and Addy, as well as many extended family members.

Michael grew up in North Attleboro before moving to Bellingham. He graduated from Tri-County in 2005 and went on to attend and graduate from All Truck Training Co, earning his CDL license, later earning certifications in Towing and Hazmat Transport.

What was most admirable about Michael was his persistent drive to be a better person to himself and those around him, especially when it came to lending a hand to friends and members of his support groups.

He loved his family and dogs deeply.

Michael enjoyed riding his Harley, hunting, learning about the U.S. Military and spending time with his little sister, who affectionately referred to him as "Giggle".

A Celebration of Life will be held in June by invitation.

In lieu of flowers, a donation can be made to: Alagille Syndrome Alliance PO Box 22 Collierville, TN 38027.