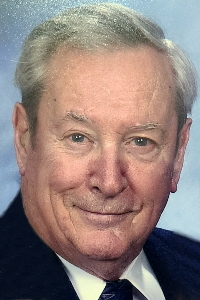 
Born in Fall River, son of the late Fred T. and Esther E. (Borden) Webb, he was a lifelong resident of Westport. Prior to retirement, he worked for the United States Postal Service. A veteran of WWII, he served his country in the United States Navy. Mr. Webb was a member of the Westport United Congregational Church, the Noquochoke Lodge A.F. & A.M., Westport, the Azab Groto, Fall River, the O.E.S. Cortez Allen Chapter 161, the Adoniram Royal Arch Chapter, New Bedford, the New Bedford Council R.S.M.M., the Commandery # 016 Knights Templar, New Bedford, the Westport and Freetown Historical Society, the Fall River Rod and Gun Club and the National Rifle Association.


The family would like to extend a special thanks to his caregivers: Kelly Hanks and Sandra Dias.


Services will be private.


In lieu of flowers, memorial donations may be made to: Westport United Congregational Church, P.O. Box 338, Westport, MA 02790.