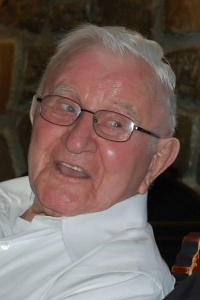 Henry leaves his children, Francine Polissack and Diane Gorak, his major caretaker, both of Worcester with whom he lived, and Martha Santom and her spouse, Stephen of Worcester; his grandchildren, Matthew H. Santom and his spouse Kenina of Huntersville, NC., Meghan F. Marcello and her spouse Ethan of Morrisville, NC., Allison A. Mastrovito of Rutland and Elizabeth A. Santom of Worcester. He also leaves his great-grandchildren, Charlotte and Ella Santom of Huntersville, NC., Mia and Sophie Marcello of Morrisville, NC and Hannah and Harper Mastrovito of Rutland; and many nieces and nephews. He was predeceased by his brothers, Joseph, Edward and Thaddeus Gorak by his sisters, Jane Spring, Sophie Mahoney and Irene Lipka. He was born in Worcester, a son of the late Anthony J. And Martha (Szewczyk) Gorak.

Mr. Gorak was a member of the Massachusetts Laborers’ Union before retiring in 1983. He worked 38 years for the Swanson and Janson Construction Company. He was a U.S. Army veteran of World War II serving in the European theater including the Rhineland and Ardennes. Henry was a fan of Red Sox baseball and Patriots football. He loved spending time with his family and enjoyed occasional visits to the casinos.

The private funeral will be held in HENRY – DIRSA FUNERAL HOME, 33 Ward Street. Burial will also be private in St. John’s Cemetery. In lieu of flowers memorial contributions may be made to the American Heart Association, 300 5th Ave, Waltham, Ma. 02451.