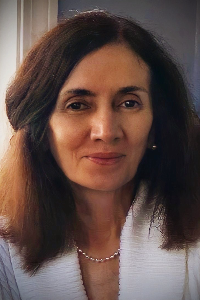 Alice Medeiros, R.N., a longtime Berkley resident, passed away peacefully in her home on February 17, 2021. She was 73 years old. She was the beloved wife of George Medeiros for 54 years and the daughter and only child of the late Antone “Tony” and Irene (Rodrigues) Medeiros.

Alice spent her early years living with her parents at her father’s family’s farm in New Bedford in the loving embrace of a large extended family that included her paternal grandparents, aunts, uncles, and cousins. At the age of eleven, Alice moved with her parents into their newly constructed home in Berkley, where she delighted in having her own horse and several dogs over the years. During the summer months, Alice cherished the time spent at her maternal grandparents’ cottage at Horseneck Beach in Westport.

After graduating from Apponequet Regional High School in the class of 1965, she went on to graduate from Bristol Community College School of Nursing in 1970. Alice began her career at Morton Hospital in the intensive care and pediatrics units. She then worked in the office of the late Dr. Stanley Parker at Church Green Medical Arts in Taunton for many years as nurse practitioner. Dr. Parker once surprised Alice and her husband with a Caribbean vacation in appreciation of her dedication and professionalism. In the Taunton Daily Gazette profile of her written for the occasion, Parker characterized Alice as hardworking and loyal and credited her for “keeping the practice intact”.

Following the doctor’s retirement, Alice joined the staff of New Bedford Rehabilitation Hospital, (now Vibra Hospital) eventually working her way up to the position of Director of Nursing before her retirement in 2017. Throughout her long and distinguished professional career, Alice was known for the kindness and compassionate care she bestowed upon her patients along with the steadfast support and leadership she provided to her colleagues.

For many years, Alice also enthusiastically served her community in volunteer roles as a poll worker, mentoring at-risk high school students, a safety officer at the Taunton Rifle and Pistol Club, and as the Berkley town nurse. She was also a member of the Berkley Council on Aging.

Throughout her life, Alice enjoyed spending time at Horseneck Beach, watching stock car racing at Seekonk Speedway, and attending live musical performances with her husband at several venues throughout Southeastern Massachusetts and Rhode Island, including Sandywoods Center for the Arts. She was also a voracious reader and a passionate fan of the New England Patriots and Boston Red Sox.

Alice possessed a rare beauty of character. Her kind and generous spirit impacted countless lives and her warm and gracious presence will forever remain as comfort and inspiration in the hearts of all who knew her.

Arrangements are entrusted to the Manuel Rogers Funeral Home in Fall River. A celebration of Alice’s life will be held at a time and date to be announced.