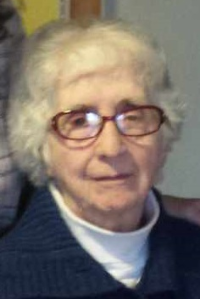 Margaret M. Cavanaugh, of Salem, NH and a former longtime resident of Wilmington, passed away peacefully, February 20, 2021, at the Greystone Farm Assisted Living Facility in Salem, NH. She was 96. Margaret was the beloved wife of the late Edward P. Cavanaugh. Born in Cambridge she was one of four children of the late John and Margaret (Rourke) Harrington.


Margaret was raised and educated in Cambridge. As a young lady during WWII, Margaret helped in supporting the war effort and worked for a number of years as a welder at the Boston Naval Shipyard. She later went on to work for the Salada Tea Company of Boston for several more years. She eventually settled in Wilmington where she raised her family. She was a devoted mother and her home was always the hub of activity in the neighborhood. She loved making sure that her children and their neighborhood friends had a safe place to hang out with lots of entertainment. Over the years Margaret enjoyed collecting elephant figurines and loved to read books about nature and animals. For many years she looked forward to her weekly coffee get togethers with her friends to talk and catch up on the latest events in each other’s lives. Margaret's greatest joy was her family and she will be greatly missed.


Due to the current health pandemic and out of concern for everyone's safety funeral services will be private. Arrangements by the Dello Russo - Cavanaugh Funeral Service of Wilmington. To leave an online message of condolence please visit www.dellorusso.net