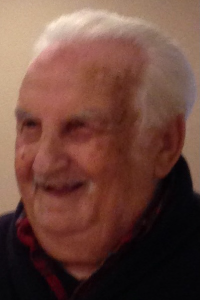 Vincent D. Landi, 91, of Franklin, died Friday, February 19, 2021 at Newton-Wellesley Hospital. He was the beloved husband of Marion (Pasquale) Landi since 1993.

Born in Brooklyn, New York on January 23, 1930, he was the son of the late Vincent and Kathryn Landi.

Mr. Landi was a resident of Franklin since 1971.

Before his retirement, he worked in maintenance at the Franklin Town Library for ten years and had previously worked at Clark, Cutler, McDermott.

Besides his wife, he is survived by four children, Angelo Esposito and his wife Michelle of Virginia, Joseph Esposito of Franklin, Rosemary Poer and her husband Steven of Bellingham and Vincent Landi and his wife Sharon of Marlboro.

Funeral arrangements are under the care of the Ginley Funeral Home of Franklin, 131 Main St. (www.ginleyfuneralhomes.com).