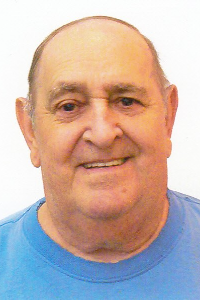 Somewhere roughly in between Frank Sinatra and Archie Bunker was where you’d say Richard Ackley could be best described. As a man who “told it like it was” and who did not shy away from holding fast to his opinions, and sharing them rather vociferously, He was a fella who had a warm heart underneath his sometime gruff exterior. In the end you could definitely say that Richard Ackley “did it my way”… and he would have it no other way.
Richard R. Ackley, 87, of Woonsocket died Wednesday February 17, 2021 at home. He was the husband of Jeannette Lea (Forget) Ackley. They were married on August 8, 1959 and shared over 61 years together.
Born and raised in Woonsocket he was a son of the late Charles Ackley and the late Florence (Theroux) Ackley Eckles. He was a lifelong resident of the city.
Mr. Ackley served in the United States Navy during the Korean War. He was awarded the China Service Medal, Korean Service Medal, United Nations Service Medal and the National Defense Service Medal.
Richard was employed by the State of Rhode Island as a computer operator for the state retirement system. In his earlier years he worked for the Friends Foundry, Draper Corp., Glenark Mills and Daniel Sebeco Corp.
Richard was a proud member of several veterans organizations including the VFW, American Legion and Korean War Veterans of America. He was also a member of the 40 and Eight club. Richard enjoyed doing soduku puzzles, crossword puzzles and keeping up on current events by reading the newspapers.
Richard will be remembered as a man who was rightly proud of his service to his country and gave his all for his family. Richard knew the meaning of a hard day’s work and the value of a dollar. He cared deeply for his family and those he counted as friends.
In addition to his wife he is survived by two sons Alan Ackley and his companion Roberta Renaud, who helped care for Richard, of Woonsocket and Roger Ackley and his wife Jenny of Burrillville. He was the father-in-law of the late Kathleen Ackley, Alan’s wife who passed away. He was the stepfather of Raymond of South Carolina. He was the adoring grandfather of Danielle Ackley of Mapleville. He is also survived by Roger and Jenny’s son Kyle. Richard was the brother of Robert Ackley of Woonsocket, Brian Ackley of Florida, Delores Bourget of North Carolina, Brenda Beaumont of Louisiana, Beverly Dube of Somerset and the late Suzette Eckles Carpentier. He is also survived by many nieces and nephews and their families.
Services will be private. In lieu of flowers memorial donations may be made to Beacon Hospice 1130 Ten Rod Rd. Suite A205 North Kingstown, RI. 02852.
Arrangements are in care of the Menard-Lacouture Funeral Home, 127 Carrington Ave. Woonsocket.
www.menardfuneralhome.com