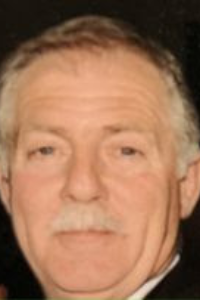 William E. Leccese Jr.
74, Loving husband, father, grandfather
TEWKSBURY       William E. Leccese Jr., 74, of Tewksbury, passed away at home with his family by his side on Tuesday, February 16, 2021.  He was the loving husband of Donna (Ventola) Leccese.  Bill and his wife would have celebrated their 50th wedding anniversary in April of 2022.
Bill was the son of the late William and Eleanor (Guliano) Leccese.  He was born November 17, 1946 in Everett and grew up in Malden, graduating Malden High School with the class of 1964. In 1966 he enlisted in the United States Air Force, and served his country during the Vietnam War.  He was honorably discharged in 1970 having obtained the rank of Sergeant.
Bill returned to Malden, married and started a family.  He and his family relocated to Tewksbury in 1980. He was an extremely dedicated father and truly loving grandfather. The time he spent with his children and grandchildren brought him great joy, especially the time spent at their summer home in Maine.
Bill was an easy going guy who would drop everything at anytime to help his family and friends. His kindness, generosity, helpfulness, humor and constant whistling will be missed by all. He worked for National Grid Gas for nearly 50 years, he retired as a lead inspector.
He is also survived by his three children, William Leccese III and his wife Patti Ann of Peterborough, NH, Danielle Harris and her husband Chad of Chester, NH, and Nickolas Leccese and his wife Lauren of Billerica; his grandchildren Ava & Alexis Leccese and Mia Harris; his sister Anna Tilton of Malden, his sister-in-law Linda Jordan and her husband Robert of Malden.   Son-in-law of the late Phyllis Suvalle of Malden.  He is also survived by his nephews, and many loving family members and friends.
While wearing a mask and following social distancing guidelines you are welcome to attend his visitation from 10AM until 12 Noon, funeral service to be held at 12 noon on Tuesday February 23 at the Tewksbury Funeral Home, 1 Dewey Street, Tewksbury, MA, 978-851-2061.  If you do not feel comfortable attending please leave the family a message at tewksburyfuneralhome.com.  His burial will take place privately in the Massachusetts Veterans Memorial Cemetery in Winchendon. Memorial contributions may be made in his memory to either the St. Jude Children's Research Hospital (stjude.org/donate) or to Camp Sunshine in Casco Maine (campsunshine.org/giving).