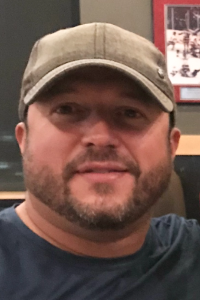 LYMAN- Donald R Candage, 43, of Lyman, died unexpectedly at his home on Tuesday February 16, 2021.
Donald (also known as “Jerry” to a certain few) was born in Portland, Maine on May 12, 1977.
He grew up in Cornish and Limerick.
Donald is survived by his father Wes Candage and wife Jayne of Limington; Big brother Dominic; sister-in-law Crystal and niece Brooke Sargent all from Gorham. He is also survived by his fiancée Katelyn Shipman from Lyman.
He was predeceased by his mother Melinda Sargent in 2014 and his brother Wesley Candage in 2019.
Donald graduated from Massabesic High School. While in school he enjoyed playing baseball, basketball and football.
For the last 20 years he has worked in the steel construction business.
Donald enjoyed fishing, collecting sport cards, talking about music and going to concerts with his brother Dominic. He also enjoyed playing scrabble, cards and board games for hours with Crystal and Brooke, He also liked to go antiquing and to different flea markets.
He mostly liked spending time with his beloved Katelyn at their home with Cutie and Harold. Their two English springer spaniels. Wherever Donald was the pups were not far behind.
Donald was such a joy to be around. He could make anyone laugh, always playing jokes on you or telling you something that’s so farfetched, but had you thinking it was true. To know Donald was to love him. He’s touched the hearts of so many.
Rest In Peace
A memorial service will be held on Friday Feb. 26 at 2 PM at the Poitras, Neal & York Funeral Home, 71 Maple St., Cornish. Please be mindful of COVID restrictions and mask wearing. Online condolence messages can be submitted at the funeral home website, www.mainefuneral.com