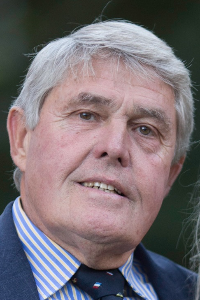 WESTON: Thomas Jerman Tanner, age 77, passed away peacefully on February 12, 2021 from complications of COVID-19. Tom was born in Newton, MA on October 7, 1943.
Tom is survived by his life partner, Joan-Ellen Pichard, his son Pratt Tanner, his daughter Sara E. Mawn, son-in-law Francis Mawn, and his beloved granddaughters Emily Rose and Abigail Anne Mawn. He is also survived by his sister Betsy Lea Casselman and her spouse James of Natick, MA, and his brother Edward Tanner and his spouse Jane of Killington, VT.

Tom was the owner and visionary of Charles H. Tanner & Sons, Inc., contractors specializing in renovations of historic homes. A resident of Weston for 50 years Mr. Tanner renovated the red 1841 barn on Church Street and made it his home. The barn was featured in “New Old House” Magazine, winter 2015 edition. It became the family gathering place hosting many celebrations, holidays and his nephew’s wedding. Tom also produced the 1747 Farm Horseshow in Weston for many years. He was an avid race car fan, he participated in amateur racing with his son, Pratt. Tom also enjoyed sailboat racing, taking part in races along the east coast and in the Caribbean. In his later years, the greatest joy of his life was spending time with and spoiling his granddaughters Emily and Abby!!

A celebration of Tom’s life will be held outdoors at his barn later in the year.