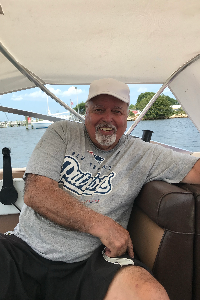 Dartmouth – Paul R. Rapoza, 75, passed away in Florida on Wednesday, February 10, 2021. He was the former husband of the late Sharon L. Rapoza and Evelyn J. Rapoza.

Paul was born in New Bedford, Massachusetts, to the late Mary (Furtado) and Peter P. Rapoza. He worked as a Machine Operator at Teladyne Rodney Metals. One of his favorite hobbies was working in the garage rebuilding his 56 Chevy with his son Jaime, he loved to ride his motorcycle and his proudest moments were of his grandchildren.

He is survived by his children, Paula M. Baptista and her former husband Joe, Heidi A. Boswell and her husband Michael and Jamie P. Rapoza and his wife Rachel, stepson Tony Heath and his wife Michelle, his grandchildren, Alex and Bryce Boswell, Gillian Baptista and Ella Rapoza.