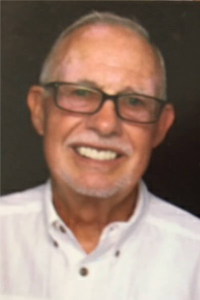 Robert L. Gorham, 83 of Derry, NH passed away after a period of declining health on February 17, 2021 at Portsmouth Regional Hospital, Portsmouth, NH. Bob was born on February 23, 1937 in Beverly, MA, a son of the late Austin and Dorothy (McCarran) Gorham. He was a lifelong resident of Derry having lived there since the age of two. Having attended Pinkerton Academy in Derry, Bob graduated from the Tilton School in Tilton, NH and earned his bachelor’s degree from UNH, Class of 1958. Bob had been employed in banking for Fleet Bank in Derry for 35 years, retiring in 1999. Bob was a founding member of the Derry Rotary Club where he hadn’t missed a meeting in over 40 years.

He is survived by his wife of 56 years, Gail (Boles) Gorham of Derry, his son, Greg Gorham and his wife Elizabeth of Hooksett, NH and his grandson, Austin Gorham. Bob was predeceased by his sister, Deborah Mauzy.

A walk-through wake with masks, social distancing, and limited interaction with the family will be held on Friday, February 26th from 4 – 8pm in the Peabody Funeral Homes and Crematorium, 290 Mammoth Road, Londonderry, NH. Funeral services will be held on Saturday, February 27th at 10:00am in the funeral home. The burial will follow at Forest Hill Cemetery, E. Derry. In lieu of flowers, memorial donations may be made to the Derry Boys & Girls Club, PO Box 140, East Derry, NH 03041, https://derrybgclub.org/how-to-help.