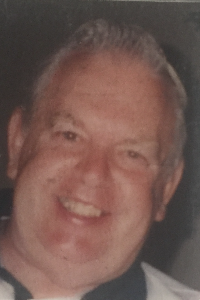 He was born on December 2, 1938 and raised in Webster, a son of Florian and Alice R. (Champagne) Konicki. He graduated from Bartlett Trade School in 1959, and immediately joined the Air Force. He was a veteran of the United State Air Force, and was part of the Strategic Air Command stationed in England. He was so proud to have served his country.

After returning from England Mr. Konicki worked as a carpenter in the building trades and had his General Contractors license. He thoroughly enjoyed helping his family and friends with their building projects. Ed was later employed as a custodian at Park Ave Elementary, upon retirement he was a crossing guard for several years at the Lake Street crossing., where he was always smiling and waving at friends.

He enjoyed building puzzles this last year, reading any novels he could get his hands on, old cars, building projects and going out to eat.

His greatest treasure was the time he spent with his wife, Jane, they were each other's constant companions, they would have their morning meetup and decide their plans for the day, they were always off on the road heading somewhere, most likely hatching a plan to visit friends on the Vineyard which Eddie especially enjoyed around the time for the Fair in August.

A private graveside service with military honors by the Webster-Dudley Veterans Funeral Honor Guard will be held in Mount Zion Cemetery. Donations in his memory may be made to the Juvenile Diabetes Foundation, 60 Walnut Street, Wellesley Hills, MA 02481. Arrangements are under the direction of Sitkowski, Malboeuf & Hickey Funeral Home, 340 School Street, Webster.