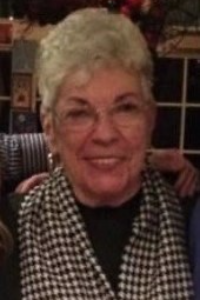 Sally E. (Austin) Cefalo of Beverly formerly of Medford passed away on Wednesday, February 17, 2021 at the Kaplan Family Hospice House in Danvers. She was 82 years old. Sally was the beloved wife of the late John Cefalo. Born in Medford, she is the cherished daughter of the late William and Ella (Gouanwood) Austin.

Born and raised in Medford, Sally recently moved to Colonial Gardens in Beverly. Sally was a dedicated mother and grandmother and valued family above all else. Sally was a hard and dedicated employee at Market Basket where she was employed as a cashier.

Sally was the devoted mother of Lawrence M. "Larry" Arlen and his wife Jacqueline of Exeter, NH and Suzanne Johnson and her husband David of Lynn. She was the adored grandmother of LJ, and triplets Victoria, William and Cameron Arlen and Michele and Chelsea Johnson. Sally was the dear sister of the late William Austin.

At the request of the family, Sally’s will be buried in Oak Grove Cemetery at a time and date to be announced in the future.

If so desired (or in lieu of flowers), a memorial gift may be made in honor of Sally to Victoria's Victory Foundation, a non-profit helping those with disabilities started by Sally's granddaughter to victoriasvictory.org/donate or you may send your gift to VVF 20 Portsmouth Ave. Ste. 98, Stratham, NH 03885.