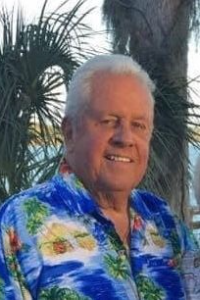 Melvin George Quimby passed away peacefully at age 83 on February 1, 2021 in the company of his adoring wife Sarah Quimby.

Melvin was the beloved son of his late parents, Burr and Rose Quimby, and brother to the late Shirley Beattie, the late Rose Marie La Roeque, and the late Burton Quimby.

He was a loving husband to his late wife, Rita (Lohnes) Quimby with whom he built a family.

Mel is survived by his son and daughter-in- law, Mark and Betsy Quimby.
Mel was the father of the late Cheryl Rosko who passed away last year and Lauren Quimby who passed away shortly after birth. Mel was the adored Pup to six grandchildren. He leaves behind Erin (Quimby) Sullivan and husband Tim Sullivan, Christopher Rosko and wife Jill Rosko, Mark Quimby Jr. and wife Jenn Quimby,
Brett Rosko and companion Yoselyn Morales, Ashley Rosko, and Cory Rosko. He also leaves behind 4 great grandchildren; Skyler Rosko, Mia Rosko, James Rosko, and Arya Sullivan.

Melvin was born on June 13, 1937 in Malden, Massachusetts where he grew up and attended school.

He went on to marry his late wife Rita and start a long career at DeMoulas (Market Basket) Supermarkets.

They lived on to become parents, and eventually grandparents, who centered their lives around ensuring their family was happy and loved.

Mel took care of his late wife through the entirety of her battle with cancer.

He went on to work at Polar Beverages, where he later retired and started the next chapter of his life.

He met and married his wife Sarah Quimby and together they were able to enjoy life to the fullest; splitting time between their home in Hubbardston and their happy place, St. Augustine, Florida.

Mel, Dad, Pup, was larger than life. He was everything to his family, an unforgettable friend to many, and a stranger to none. He was a mix of all of the best qualities a person can have. He never failed to make you laugh, yet was the shoulder to lean on when you needed anything. This world is smaller without him, but his legacy will live on through the many memories he created with all that were lucky enough to know him.

There will be an intimate memorial in Mel’s honor at a later date.