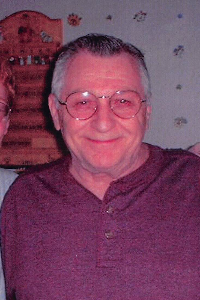 Ronald was born in Worcester, son of the late Walter and Catherine (McIntyre) Dansereau and is also predeceased by a brother, Walter. He graduated from South High School and then served in the United States Army.

Mr. Dansereau worked at the former Standard Foundry for many years, upon his retirement he went to work for Assumption College in the Plant Services Department. Ronald was an enthusiastic sports fan for all of the local teams and he could often be found taking his trips to Wal-Mart or playing cards.

A funeral service will be held at a later date to be announced.

Memorial contributions in memory of Ronald may be made to the American Diabetes Association PO Box 7023 Merrifield, VA 22116.

Face coverings and social distancing guidelines will be required for attendance at the funeral service.