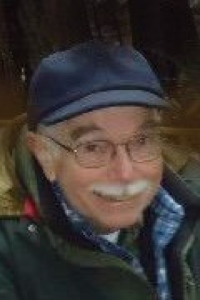 BELMONT---Howard Leslie Brown, 86, of Durrell Mountain Road, passed away peacefully at his home on Monday, February 15, 2021.

Howard was born on September 10, 1934, in Manchester, NH, the son of the late Henry A. and Rosilda (Lortie) Brown.

Howard proudly served his country in the U.S. Air Force and retired from Vernitron Corp in Laconia as a supervisor.

Howard enjoyed hunting and was a member of the NRA, American Legion Post 58 in Belmont, and the GONH (Gun Owners of NH).

A Graveside Service will be held on Saturday, April 24, 2021 at 1:00pm at South Road Cemetery in Belmont.

For those who wish, the family suggests memorial donations be made in Howard’s name mailed to the Belmont American Legion Post 58, In support of Camp Resilience, C/O Attn: Woody Fogg, 433 Jamestown Road, Belmont, NH 03220, or can be brought to the funeral home.