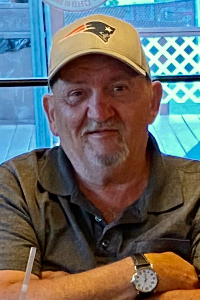 
Doug Lefebvre a.k.a Dougie, Daddy, Uncle Dougie and Nascar Doug, passed away unexpectedly at the Cooley Dickinson Hospital in Northampton, MA on Wednesday February 10, 2021 at the age of 63.

Doug was the beloved Father of his daughter Heather A. Lefebvre of Milton, VT who was the love of his life and his only child. He was a loving Uncle to his nieces and nephews who he adored; Donnie Provost (pre-deceased), Duane Provost, Derek Provost, Tyson Lefebvre, Michele Lefebvre, Marissa Provost and Kyle Provost. Also, his great niece and nephew Desiree Provost and Quentin Charles Lefebvre (who in his late Grandfather and Great Uncle’s honor will carry on the Lefebvre name).

He had the most infectious personality and made friends wherever he would go. His bright smile, witty humor and well-known smirk will be missed by so many. The Love he held for Heather his “Princess” will carry her through the brightest moments and darkest days and she promises to honor him in all the things he loved.

Doug moved from the Ludlow/Ware, MA area with Heather’s Mom, Maureen Seyer Lehouillier in 1980 to Cape Cod (Falmouth, MA) where they lived for many years. He always had a deep love of the ocean and would travel to it any chance he could. He also resided in Stowe, VT (to be closer to Heather) and Melbourne FL. He was a Free Spirit who loved to roam and travel and was never afraid to pick up and start over somewhere new.

Doug was a Chef for most of his working life which he took great pride in and truly enjoyed. He cooked at many restaurants over the years but most notable to him were; The Wharf in Falmouth Heights, MA, The Shed Brewery in Stowe, VT working for Ken Strong and catering for NASCAR which took him to many tracks along the east coast.

One of Doug’s fondest memories was racing cars with his Brother, Brother-in-law and Nephews and fulfilling a dream of winning a race at Riverside Park in Agawam, MA in the early 90’s. Also, among his favorite things were spending time on the Beach with his Daughter Heather, Golfing, listening to classic rock and roll, attending concerts, watching NASCAR and rooting for his beloved Boston Sports Teams. He also adored his three Grand-Doggies; Trigger, Roxy & Beau-Beau.

Due to Covid-19 a church service and burial will be postponed until Spring of 2021. Please email his Daughter Heather at sunflowerhal@hotmail.com with any thoughts and memories that you’d like to share and also for information about Doug’s services.