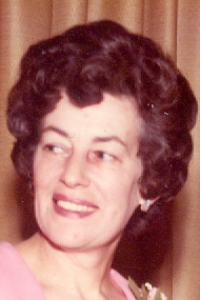 Margaret M. (McDonald) Gill, age 93, of Medford passed away on Sunday, February 14th, at Aberjona Nursing Center of Winchester. Born and raised in Charlestown, she was the daughter of the late Daniel and Ann (Kearney) McDonald. Margaret’s family moved to Medford during her senior year, but she still graduated from Charlestown High School on D-Day: June 6th, 1944. Margaret worked for many years at Tufts University and later retired from Eversource. Her parents were from Donegal, Ireland and she loved any and all things Irish, as well as BINGO and scratch tickets.

Margaret was the beloved wife of the late Patrick Gill, and the devoted mother of Marianne Gill, Daniel Gill and his loving companion Margaret Mekalian, Margaret Mulcahy, Michael Gill, John Gill and his wife Cynthia, Christine MacNeill and Patrick Gill. She was the loving grandmother of Vanessa, Richard, Daniel, Patrick, Derek, Matthew, James and Jessica, and the loving great grandmother of Lillyana, Isabella and John. Margaret was the dear sister of the late Catherine Sgroi and Daniel and John McDonald. She is also survived by her close cousin and best friend Ann James.

A funeral mass will be celebrated in St. Francis of Assisi Church, 441 Fellsway West, Medford on Saturday, February 20th at 11:30 AM. Relatives and friends are respectfully invited to attend. Social distancing protocols will be observed throughout the services, which will conclude with interment at Oak Grove Cemetery, Medford. Visiting hours have been omitted. In lieu of flowers, Margaret’s family requests that you please perform an act of kindness to someone in need.