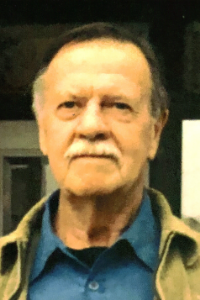 Bobby Arnold Brown, 76, of Ashburn passed away Sunday, February 14, 2021 at his residence.

Bobby was born in Sycamore on September 30, 1944 to the late Jesse Arnold Brown and Julia Helen McDonald Brown Cannon. He was a member of Oak Grove Baptist Church and a retired salesman with Ewing Buick GMC.

Funeral services will be private but will be live-streamed on Facebook Wednesday morning.