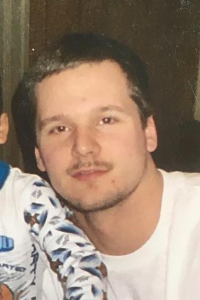 Worcester – Edward S. Kemp, 43, of Worcester, passed away unexpectedly in his home on Thursday, February 11, 2021 after being stricken ill.

Mr. Kemp was born in Worcester, son of the late Edward G.R. Kemp Sr. He graduated from Worcester Vocational Technical High School where he studied automotive repair. Ed worked for many years as a mechanic at Ballard Springs in Worcester.

Mr. Kemp was an avid sports fan and especially enjoyed watching and rooting for the New England Patriots. He was truly a family man at heart and he was the happiest when he was playing basketball with his son, Jordan and attending family cookouts.

Funeral services are being held privately and are under the direction of Alfred Roy & Sons Funeral Home 12 Hammond St. Worcester.

Memorial contributions in his memory may be made to Asthma and Allergy Foundation of America PO Box 424053 Washington, DC 20042-4053.