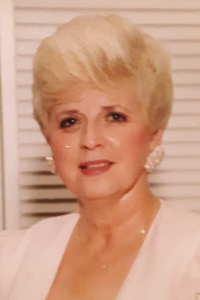 Graveside services will be held 11 AM, Monday, February 15, 2021, at Fletcher Cemetery in Berrien County, Georgia.

Mrs. Holyoak was born July 4, 1943, in Irwin County, Georgia, to the late John W. & Eula Wright Wilson. After graduating high school, she attended ABAC. She was a homemaker.

She is survived by her daughter-in-law, Kimberly Holyoak of Tifton; a grandson, Kason Holyoak of Tifton; a brother, Larry & Jean Wilson of Athens; and a sister, Joy McDaniel of Canton. Several nieces and nephews also survive. In addition to her parents, she was preceded in death by her husband, Hugh Kenneth “Ken” Holyoak; a son, Jason Holyoak; and two brothers: Jerry Wilson and Bill Wilson.