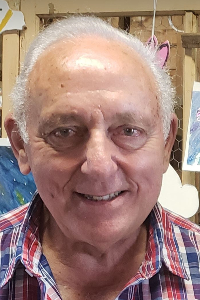 Robert A. Cece, 82 of Stoddard NH, passed away on Tuesday February 2nd at Brigham and Women’s Hospital in Boston, MA. He was the beloved husband of Elizabeth J. (Pezza) Cece.
Born in Cranston, a son of the late Constantino and Madelina (Macera) Cece. He had lived in Stoddard for 15 years, previously living in North Scituate, RI.
He started out in the hog business which transitioned into Cece Brothers Truck Sales. For over twenty years, he was a partner in Macera Disposal, Olympic Compactor Rentals LTD, and Olympic UK. Looking to keep active after his retirement, he became the proprietor of self storage facilities in Austin TX and Spartanburg SC. He was a loyal friend and business partner. Many people looked to him as a mentor as they grew and encountered challenges in business and life. He was known as the “peacemaker” and was often the key figure in paving the way for successful business transactions.
Robert was a loving and devoted husband for 60 years. He loved his children and grandchildren and enjoyed spending time and sharing activities and travel adventures with them. One of his greatest joys was the many years spent skiing with his wife and children in New Hampshire, Vermont and Montana. He enjoyed and encouraged a love of travel, particularly family adventures including two cross country trips with his wife and children.
Robert was an avid collector of antique vehicles and tractors. He spent many an hour puttering in his garage restoring a variety of antiques and sharing his love and knowledge of antiques and auto mechanics with his grandsons. He spent quality time with all his grandchildren sharing stories of the past and teaching life lessons along the way.
He is survived by his wife Elizabeth, daughter Heidi Cece Leandro of Gilford NH; son, Michael Cece and his wife Amy of Tryon, NC. He was the grandfather of Oliver, Emmaline, and Archer Leandro and Ella Cate and Emerson Cece. He was the brother of the late John Cece. He leaves many nieces and nephews, cousins and lifelong friends.
His funeral and burial were private. If desired donations in his memory may be made to The Rotary Club of Scituate Rhode Island, 1315 Chopmist Hill Road, North Scituate, RI 02857