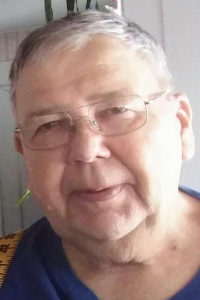 LACONIA--- Russell Woodworth Hobby, 78, of Summer Street, passed away on Friday, February 12, 2021, at St Francis Nursing Home after a long battle with cancer.

Russell was raised in Elliot, ME, and graduated from Oyster River High School in 1960. He worked for the Appalachian Mountain Club in the White Mountains from 1958 until enlisting in the US Army in 1961. He was honorably discharged in 1964 and graduated from Belknap College with a B.S in Meteorology in 1969. He worked at the Mt. Washington Observatory as a meteorologist until 1970 when he married Anne Marie and settled in Laconia. Russ worked in the gas service industry for more than 30 years. He ran his own weather service from 1970 until his passing. He was actively involved in the NH Gas & Steam Association, Muster Field Farm Museum, Eagle Scout Committee, and Meteorological Weather Watchers. Russell was an on-call firefighter with the Laconia Fire Department for 39 years.

Russell valued his time with his grandchildren and always looked forward to their visits. He enjoyed woodworking and metalworking, going to rodeos and train museums, observing the weather, and talking about his time on Mt. Washington.

Russell is survived by his loving wife of 50 years, Anne Marie (Tardif) Hobby of Laconia, his son J-P Hobby and his wife Allyson of Laconia, his daughter Amy Wilson and her husband Gordon of Brentwood, his granddaughter Katheryn Wilson of Washington, D.C., his granddaughter Meghan Wilson of Brentwood, his grandson Nathaniel Hobby of Laconia, his sister Charlotte Morrier of North Carolina, his sister Christine Hobby of Sanbornton, and several nieces and nephews. In addition to his parents, Russell is predeceased by his brother Edgar N. Hobby, Jr.

A Graveside Service will be held in the Spring, at the Sacred Heart Cemetery, Garfield Street, Laconia, NH.