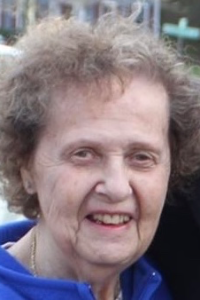 Alice L. (Thibedeau) Vendetti 85, of Franklin, died peacefully, Thursday February 11, 2021 at the Medway Country Manor, following a long illness. She was the beloved wife of the late Aldo F. Vendetti, who died in 2017.

Born March 22, 1935, in Franklin, a daughter of the late Charles A. and Claire T. (Bourcier) Thibedeau, she was a lifelong resident of Franklin.

She was raised and educated in Franklin, and worked as a seamstress for the Franklin Mill Store.

Alice enjoyed spending time with her family and shopping.

She is survived by her children, Alan F. Vendetti & Michael P. Vendetti both of Franklin, and 2 grandchildren.

She was the sister of the late Harold Thibedeau, Edward Thibedeau, Jeanne Readel and Claire Recchia.

Interment at St. Mary’s Cemetery, Franklin will take place at a later date.

In lieu of flowers, donations in her memory may be sent to a charity of one’s choice.