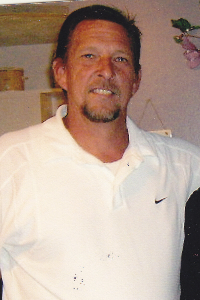 
Lawrence "Keith" Roberts of Anderson died February 11, 2021 at his residence after an extended illness.
Keith was born December 8, 1968, in Anderson, the son of Lawrence and Ella R. (Caplinger) Roberts. He was the asphalt foreman at E & B Paving for 32 years.
Keith is survived by his wife Missy (Fisher) Roberts of Anderson whom he married July 23, 1991 in Anderson; his father, Lawrence Roberts; two sons, Kory (Victoria) Roberts and Brandon (Madison) Roberts all of Anderson; three siblings, Ed (Connie) Roberts, Jerry (Brenda) Roberts and Theresa (Mark) Bickel all of Anderson; two granddaughters, Sophie Lee and Lucie Roberts; several nieces and nephews including Keith Bickel and close friends.
Keith was preceded in death by his mother.
Private services will be held at Rozelle-Johnson Funeral Service.
Visitation will be from 3 to 7 p.m. on Monday at the funeral home.
Memorial contributions may be given to St. Jude Children's Hospital.
Post online condolences at www.rozelle-johnson.com.