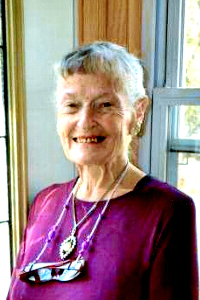 Born in West Warwick, a daughter of the late George and Lucille (Tuff) Parenty. She had lived in West Warwick for 20 years previously living in Glocester.

Marie had been an assembler with many local Jewelry Manufacturers.

She leaves her children, Glenn Gareau and his wife Angelica of Sindlingen, Germany, Kevin Gareau and his wife Patty of Foster and Dawn Morin and her husband Gerard of Glocester. She was the grandmother of Edward Gareau, Melissa Gareau, Nicholas, Amy Gareau, Zachaire, Noah & Chantel Morin and Calvin & Jacqueline Gareau.
Great-grandmother to Gia & Xander. She was the sister of Georgette Jacques and Irene Verville. She was the mother of the late Duane Gareau and sister of the late Fay, Cecelia, Beverly, Caroline, George and Harold.

A memorial service will be held at a later date.