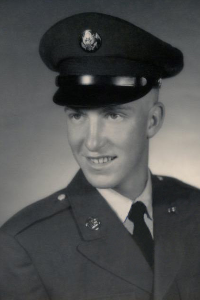 Stephen Homer McIntyre
Age 79 of Mahtomedi.
Stephen was born on August 20, 1941 to Homer and Vivian McIntyre. He grew up primarily in Ogden, Utah and proudly served in the 101st Airborne division of the US Army. He moved to Minnesota in 1968, where he loved to golf, fish, and spend time with his friends. He died peacefully on February 9, 2021, surrounded by family. Steve was preceded in death by parents Homer and Vivian McIntyre, brothers Richard and George McIntyre, and Dorothy Coleman, who was like a sister to him. He is survived by sons Derek (Carole) McIntyre and Nick (Casey Kulhawik) McIntyre, and daughter Debbie (Jim) Zollinger, 8 grandchildren and 2 great-grandchildren. Family Service to be held.