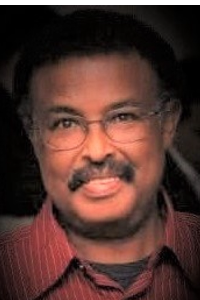 He was the devoted and loving husband of Migdalia (Ruiz) Elmi for over forty-six years.

In addition to his wife, Ahmed is survived by his loving children: Mohamed Elmi and his wife Asha of Manassas, VA, Fatima Elmi of Holden, Omar Elmi of Worcester and Jasmine (Elmi) Duffy and her husband Patrick of Holden; his grandchildren: Jibril Elmi, Omar Elmi Jr., Christian Rivera and Mason, Anthony and Cameron Duffy; his sisters: Zahra Hashi and Hadija Hashi both of Arusha, Tanzania and many nieces and nephews. He is predeceased by his brother Abu Nassir and sister Tima Nassir.

Ahmed was born in Arusha, Tanzania to the late Fatuma Said and Mohamed Hashi Elmi. He spent a few years living in Europe before moving to the United States in 1969. He graduated from Brandeis University in 1974 and began his long career as an accountant. He worked for the former City Hospital in Worcester, MA, receiving the key to the city in 1987, before beginning his over 20-year tenure as the accountant for the Town of Northborough in 1988.

Throughout his life, he enjoyed working on his home, building decks, bathrooms and additions over the years. Post retirement, he enjoyed traveling to his vacation home in Florida, visiting his family in Tanzania and taking summer beach vacations with his family. He loved playing dominos and catching up on movies and shows on Netflix. Above all else, he was a very patient and kind man, who enjoyed nothing more than being with his beloved wife, children and grandchildren. He will be dearly missed.

Ahmed will be buried at Worcester County Memorial Park in Paxton, MA. All services, including burial, will be private. To leave an online condolence message, please click guestbook link.