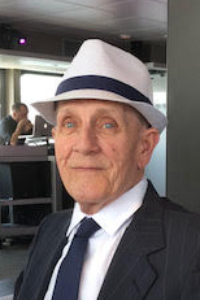 Joseph W. "Joe" Quinn, a resident of Stoneham and formerly of Charlestown, Cambridge and Malden, Missouri, entered into eternal life on Wednesday, February 10, 2021 at his home in Stoneham following a courageous battle with cancer. He was 76 years of age.

Joe was born in Malden, MO on June 22, 1944, a son of the late Joseph Quinn and Hazel (Patterson) Quinn. He grew up in Malden, Missouri before moving to Cambridge where he graduated from Rindge High School in 1962. Joe served in the United States Army National Guard from 1965 to 1972, being called to active duty for 4 months during the Vietnam Conflict. He was honorably discharged with the rank of Sergeant. He first worked at Schraffts Candy Company for several years where he met the love of his life Joanne Crowell. He later worked as a Quality Inspector for 30 years with Western Electric/Lucent Technologies. He was a member of the Communications Workers of America Union AFL-CIO Union and the Telephone Pioneer's of America. Joe was a family man where he enjoyed all the love and quality moments he was able to share with his wife, children and grandchildren.

Joe's Funeral Services and burial at Holy Cross Cemetery will be private.