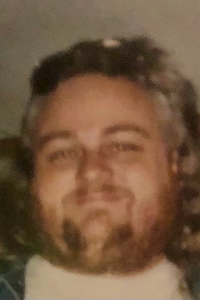 Hiram - James A. McWilliams of Hiram died on February 5, 2021 after a brief illness. He was born August 1, 1960 in Portland, Maine, though he spent most of his life living in Hiram near family and friends who appreciated his special sense of humor and love of Hershey's chocolate milk!

For those who knew him, James was an avid gearhead who never met an engine he couldn't fix! In addition to his skill with motors, James was a compassionate man who gave to those whom he could help. He was particularly fond of ensuring that children had happiness in their lives and did everything he could to make it happen. His giving nature is an attribute not many knew about, but which made him very special.

James is survived by his sisters; Joan Chessey and Judy Jones (both of Maine), and his brother Wallace McWilliams (now in Georgia). James was also devoted to his daughter Amber Crocker and her husband Richard, and his grandchildren Christopher, Timothy, and Hayley.

James will be remembered later this year in a private gathering.