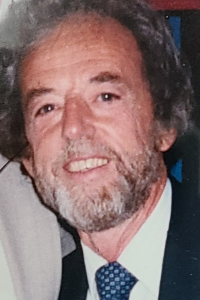 SPENCER: Harvey L. Nadreau,90, formerly of Spencer, died Tuesday, Feb. 2 in Quaboag Rehab & Skilled Nursing Care Center in West Brookfield
His beloved wife Jeanette O. (Millette) Nadreau predeceased him on Feb. 8, 2013.He leaves his son John A. Nadreau and his wife Trish of Warwick, RI., his daughter Debra L. Rio and her husband Dale of E.Brookfield, his brother Armand Nadreau and his wife Rita of Nashua, NH. and a sister Lorraine Corcoran of Hudson, NH., a sister in-law Rose Fish of Lewiston, ME; his seven grandchildren; Cory Rio, Jason Rio and his wife Melissa, Kristen Schaffer and her husband Dr. Bradley Schaffer, Joshua Nadreau and his wife Valerie Nadreau , Jacob Nadreau, Tyler Darcy and Casey Darcy. Nine great grandchildren; Emily, Hope, Abbriella and Ashley Rio, Myles, Elyse and Kirk Schaffer, Owen Rio and Henry Nadreau who was born the same day as his great-grandfather passed.;several nieces and nephews. He is predeceased by a sister Gay Remillard and a brother Hector Nadreau.
Born in Nashua, NH the son of Armand and Vida (Letendre) Nadreau and grew up in Spencer, MA . He later served his country in the US Air Force as a member of the 56th Fighter Squadron as well as the 452nd Light Bomber Wing in Japan and Korea. He was a member of the American Legion Post 138. He was a member of Mary, Queen of the Rosary Parish in Spencer.

Harvey started his career as a meat cutter at Gaudette's Supermarket in Spencer. He became the Buyer and Supervisor for the meat department for Goretti's Supermarkets retiring in 1985 after developing Multiple Sclerosis.
Harvey loved to spend time with his family. Hosting with Jeanette their family cookouts and gatherings around their pool. He loved landscaping his yard and had beautiful flowers and rose gardens surrounding his pool. Although born right handed he mastered the craft of woodcarving with his left hand due to his disability. His family enjoys the many pieces he carved for them. He had a great disposition, enjoyed spending time with his grandchildren and great grandchildren who were all very special to him. Harvey's family would like to extend their sincere thanks and appreciation to Quaboag Rehab and Skilled Nursing Care Center in W. Brookfield. Especially all the caregivers on the 2nd floor Nursing Unit, and the First Floor Unit where he spent his last days. They are grateful for their excellent professional care and heartfelt compassion they gave to Harvey.
A funeral service will be held on Wednesday, Feb. 10th. at 11a.m. in the J.HENRI MORIN & SON FUNERAL HOME, 23 Maple Terr., Spencer. Burial with Military Honors will follow in Worcester County Memorial Park, Paxton. A calling hour will precede the service from 10 to 11 a.m. on Wednesday. Covid-19 precautions, face masks and social distancing must be observed. In lieu of flowers, contributions may be made to Mary, Queen of the Rosary Memorial Fund, 46 Maple St., Spencer, MA 01562.