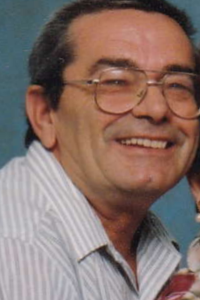 Porter - James A Monroe, 75, of Porter, ME died peacefully on February 2, 2021 at his home with his family by his side. He was born on May 9, 1945 in Plymouth, NH to Rose A. (St.Jean) Monroe and Terrance R. Monroe. He grew up in Porter and attended Porter High School.

He enlisted in the U.S. Army in 1963 and spent a year in Korea. He was honorably discharged in 1965 following his fathers sudden death as he had three young siblings that he helped his mother raise.

James worked at the Kezar Falls Woolen Mill for a short time. He married the love of his life Vera J. Eastman on June 17, 1967. He then worked for two of his brothers-in-law in the logging industry. He eventually started his own business with his late brother-in-law Myron Chapman, Chapman & Monroe Logging.

After several years a work injury forced him to retire from the logging industry. He then worked at Limington Lumber for 18 years before retiring.

Jim enjoyed hunting, especially with his beloved son, Jamie, fishing, and word search books. He assisted in his son's baseball teams from little league to high school, never missing a game. He was an avid Red Sox fan. And above all spending as much time as he could with his family.

He was predeceased by both of his parents, his only son, James R. Monroe, who was also his best friend, a son-in-law, Micheal D. "Mick" Mayo Jr., a sister Margaret Wakefield and a brother, Terrance Monroe.

He is survived by his wife of 54 years, Vera Monroe, a daughter, Sharon L. Mayo, who was his primary caregiver (along with his granddaughter, Jodi), three granddaughters: Jodi Monroe, Darci Monroe, and Morgan Monroe, two great granddaughters, Leah MacDonald and Haley St.Pierre, and a great grandson, Wyatt Harmon, several sisters-in-law and brothers-in-law including Herbert P. Eastman, with whom he was very close. Jim enjoyed the vegetables, fish and visits with Herb. Two sisters, Shirley Libby and Patty Collomy, and a brother, Steven Monroe. Also a step daughter, Rosalind Blake Bachelder who he raised, and her children.

At Mr. Monroe's request his service and burial will be private. The family would like to thank Bethany and Kristie from N.L. Hospice for everything they did. Their compassion, professionalism and kindness let my Dad's wishes be made.

Arrangements are respectfully handled by Poitras, Neal and York Funeral Home. Online condolences may be expressed at: www.mainefuneral.com

In lieu of flowers, Donations can be made to the American Heart Association.