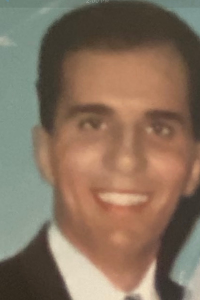 PELHAM NH - Aram A. Jeknavorian, 81, of Pelham, New Hampshire, passed away peacefully with his family by his side, Thursday, February 4, 2021, at Southern New Hampshire Medical Center after a brief illness.
A son of the late Abraham and the late Flora (Keukjian) Jeknavorian, he was born April 10, 1939, in Lowell, and was raised in the Highlands Section of the City. He was educated in the local schools, graduating from Lowell High School. He then attained a Bachelor's Degree in Chemical Engineering from Lowell Technological Institute.
Mr. Jeknavorian served with the United States Army in the 4th Armored Division during the Vietnam War from 1962 until his Honorable Discharge in 1964.
A communicant of Sts. Vartanantz Armenian Church, he served on the Parish Council for many years, and was always a very active member of the Sts. Vartanantz community. He was a 50 year distinguished member of the Armenian Revolutionary Federation, he was also very active in the Armenian National Committee where he was awarded the Vahan Cardashian Award for his long standing activism and dedication to the Armenian cause. He was also a member of the Armenian American Veterans and the Armenian Genocide Society. His Armenian heritage was a great source of pride to him, second only to his family, especially his grandchildren, taking them to church every Sunday meant the world to him. He was a former Commander of the Pelham Post #100, American Legion.
His survivors include his son, Aram G. Jeknavorian and his wife, Kerri, of Pelham, NH; his beloved grandchildren, Madison, Emily, and William-Henry all of Pelham; his sister, Armig Ferris of Nashua, NH; his brothers, Armen Jeknavorian and his wife, Sossy, of Chelmsford, and Dr. Ara Jeknavorian and his wife, Milka, of Chelmsford; as well as many nieces, nephews, and cousins. All of Aram’s family were always very important to him, and he will be greatly missed.
He was predeceased by his former wife, Helene (Pelletier) Jeknavorian and his sister, Rose Zartarian and her husband, the late Garbis Zartarian.
Following social distance guidelines, the Funeral Service for Aram will be held privately at Sts. Vartanantz Armenian Church, 180 Old Westford Rd, Chelmsford. When restrictions are lifted, a celebration of his life will be arranged. Arrangements by the McDonough Funeral Home, 14 Highland Street, Lowell 978-458-6816. In Aram’s memory, donations can be made to Sts. Vartanantz Armenian Church, 180 Old Westford Rd., Chelmsford MA 01824. E-Condolence site www.mcdonoughfuneralhome.com