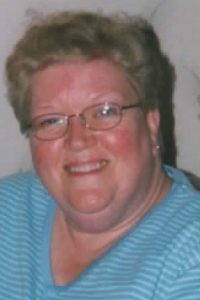 Berenice Rowene was born on September 15, 1951 in Saint Paul, Minnesota to Orville and Maureen (Tierney) Gerard. She attended St John’s Grade School and was a 1969 graduate of Harding High School.

Berenice worked at Mutual Service Insurance for 28 years and ended her working career at Anchor Bank, in North St. Paul.

In 1985 she met the love of her life, David Helstrom, Jr. They were married on April 7, 1987. They loved to travel and over the years shared their home with 3 dogs, Dude, Morgan and Dylan and one bunny, Tiffany. Berenice loved the time she spent with family. Her smile and laughter were infectious and will never leave us.

Berenice was preceded in death by her parents, Orville and Maureen; and brother, Joe Gerard.