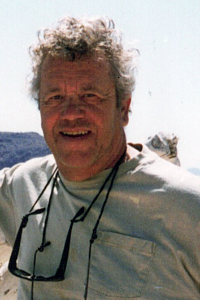 William J. Coffman, 84, of Ojai, passed away at his home on Friday evening, January 29, 2021.
William "Bill" Coffman was born in December 31, 1936 in Charleston, Arkansas.
Bill was a US Army veteran and served in the army reserves. He was a general Contractor for 20 years working in commercial construction.
He enjoyed fishing and Bill was a member of the Independent Order of Odd Fellows.
Bill is survived by his beloved wife, Charlotte Coffman. They celebrated their 61st Wedding Anniversary on January 2, 2021. He is also survived by his daughter, Jill Marie Coffman, of Denver; his son, William Coffman, Jr. and his wife, Masako, of Glendale; his grandchildren: Ryan Coffman, of Ojai, Anna Liessa Eckelberry, of Ventura, Julian Coffman, of Denver, and Azlea Coffman, of Denver; and his step-grandson Christopher Sigmon, of Thousand Oaks.
Bill was preceded in death by the tragic death of his year old son, Michael David Coffman; his brother: Robert "Bobby" Coffman, and his sister: Nina St. Ann.
Friends may visit from 2:00pm to 5:00pm on Thursday, February 4, 2021 at the JOSEPH P. REARDON FUNERAL HOME & CREMATION SERVICE, 757 East Main Street, Ventura. Graveside Service will be held at 2:00pm on Friday, February 5, 2021 at Ivy Lawn Memorial Park, Ventura.