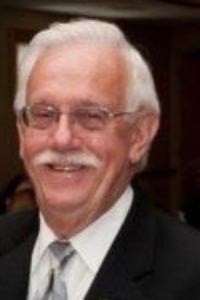 Williams
Roger Dean
Age 82 of Oakdale
Passed away peacefully in his sleep at his home on Tuesday afternoon, January 26th, 2021.  He was born April 22, 1938 in Lewistown, Ohio and promptly embarked on an 82 year-long quest for knowledge and the perfect cup of coffee.  A kind man admired for his thoughtfulness with a calm voice that he rarely raised, his gentle presence created instant rapport with children and pets, and enduring friendships wherever he journeyed.

Roger graduated from Miamisburg (OH) High School in 1956 and enlisted in the Army from 1958-1961 to finance his education.  Upon taking the aptitude test, he scored well overall but admittedly lowest on the electronics portion.  When asked which specialty he wanted to pursue in the Army, he deliberately chose electronics because it was the most difficult for him, and he wanted to learn. During his enlistment, he was stationed at a radar station in Alaska during the height of the Cold War.

After the Army, he earned degrees at Sinclair College and Wright State University in Ohio.  He was later employed as a civilian technician with a military contractor servicing the famous SR-71 Blackbird, personally working on the fastest, highest-flying jet ever made, which was a lifelong point of pride.  He went on to work as a sales engineer for manufacturers in Dayton and Cleveland, Ohio and later Naperville, Illinois, before ultimately settling in Oakdale with his family in 1995.  He worked at TSI in Shoreview until he retired in 2009.

Roger had a lifelong love of pre-1950 cars, airplanes, and cinema.  He was fascinated by history, classic Science Fiction (Heinlein and Asimov), and discovering how things work.  He had an insatiable curiosity for the world around him, loved reading and music, and enjoyed investigative programs like “Mythbusters” and “Air Disasters.”  When he wasn’t tinkering on his antique Plymouth or dining at his favorite restaurant, Shar’els Café in Oakdale, Roger could often be found pouring through a book with a magnifying glass in his hand and a toothpick in his mouth.  He adored his grandchildren and was an avid storyteller, sometimes to the chagrin of his loving family and friends who will greatly miss his thoughtful insight and gentle wisdom, for we shall not see his like again.

He is preceded in death by his adoptive father Homa C. Williams, mother Freda E. (nee Patrick) Williams, father Kenneth L. Hogue, and brother Don R. Williams.  He is survived by his wife Sandy (nee Piotrkowski) of Oakdale; daughter Andrea (Michael) Hofland of River Falls, WI; and daughter Kristen (Michael) Fitzgerald of Clarkston, Michigan.  He is also survived by grandsons Alexander Hofland, Zachary Hofland, Shane Fitzgerald, and Kenneth Fitzgerald.  In lieu of flowers, the family asks that memorials be made to his favorite charity, St. Jude’s Children’s Hospital, in his honor. A celebration of his life will be held at a later date.