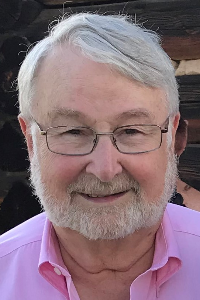 Thomas B. (Tom) Vincent, 76, passed away peacefully on January 19, 2021. Born in Salisbury, MD, to the late George and Louise Vincent, he graduated from Wicomico High School and looked forward to their annual reunions. Upon graduation, Tom enlisted in the US Army, proudly serving for 23 years before retiring as a Master Sergeant. While on active duty in the Army Security Agency, he was assigned to the NSA in Turkey, Germany and at Fort Meade, MD.

Tom graduated from Towson University in MD and also attended the Stonier Graduate School of Banking at Rutgers University. He enjoyed a 30 year career in commercial banking in Baltimore, MD and the Boston area. Prior to moving to New England in 1987, Tom served on the Board of Directors of Carefirst and The Ronald McDonald House in Baltimore. After moving to Weymouth, Tom continued his civic involvement, serving on the former Appropriations Committee, Redevelopment Authority, and Capital Budgeting Committee.

In his youth, Tom was an active member of the boy scouts. He reconnected with BSA in MA, most recently serving the Mayflower Council as an Assistant District Commissioner. He also served as Sachem District Finance Chair and received the 2020 District Award of Merit.

Tom’s Christian faith was central in his life. As a member of Old South Union Church, he served on the Board of Trustees, Board of Finance, Board of Deacons, Mission Trip Steering Committee and was the Treasurer of the Board of the Terry O. Martinson Scholarship.

Tom and his wife loved to travel. There was always a vacation on the horizon, whether to explore new places in the United States and Europe or visits with family in MD and GA. Tom was an adoring “Pop-Pop”, cherishing the time spent with his grandchildren at their annual “Camp Weymouth”. He will be greatly missed.

Tom is survived by his loving wife Sue. He also leaves behind his beloved daughter, Cathie Mitchell of Columbus, GA, His grandchildren Jessica, Makensie, and Zachary, and his great-grandson Carson Jo all of Columbus, GA. Tom is also survived by his sisters, Charlotte Todd of Laurel, DE and Patricia Leberknight of Seaford, DE. He was predeceased by his brother Howard Vincent and his former wife JoAnn Vincent.

Memorial donations, if desired, may be made to the Terry O. Martinson Scholarship Fund at Old South Union Church, 25 Columbian St. S. Weymouth, MA 02190. donations can be made payable to the church with Tom Vincent on the memo line. Donationas may also be made to the Mayflower Council, Boy Scouts of America, 83 Cedar St. Milford, MA 01757

Due to the Covid-19 restrictions, A celebration of life will be held at a later date.