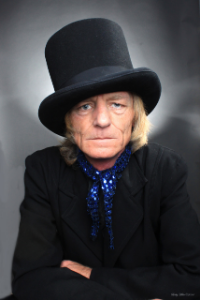 
Anthony ‘Tony’ Jackman of Provincetown passed away at Cape Cod Hospital on Friday, January 22, 2021. He was 70.

Tony arrived in the United States in the 1980's from Hull, a town in Yorkshire, England.

After spending time in Spain and Los Angeles he found his place in Provincetown. He worked as a waiter at the Town House and the Provincetown Inn. He also did technical support for shows at the Post Office Cafe, the Crown and Anchor and the Atlantic House. His pet project was an annual benefit he produced called ‘CLOSE TO HOME’. For ten years he gave everybody relief from the long winter with this joyful celebration of the lives and talents of the year rounders as he raised much needed dollars for the AIDS Support Group and Helping our Women.

Tony did many shows with the Provincetown Theater Company. His directing credits include LION IN WINTER, EDWARD II, MERRY WIVES OF WINDSOR and LETTICE and Lovage and full musical productions of CABARET, HAIR, OLIVER, and ELEGIES FOR ANGELS, PUNKS AND RAGING QUEENS.

Tony was also an accomplished graphic artist known for his paintings on glass and beautiful, hand painted boxes.

He will be much missed by his many friends.