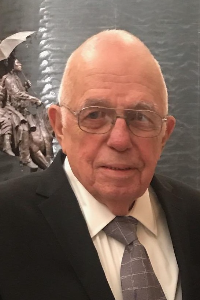 Pierson Jr.
Carl Roger
Born on July 12, 1934
Passed away on January 24, 2021
Survived by his wife, Sally; survived by children, Rob and Kasey, Mark and Mary, Steve and Tina, Julie and Tim; 10 grandchildren, Daniel and Jacie, Mitch, Matt and Kelsey, Mikaela and Nick, Michael, Bryan, Jake, Sara, Nick and Jana; 2 great grandchildren, Brooks and Mason. Preceded in death by parents Carl Roger Pierson Sr. and Alma Pierson. Carl was born in Minneapolis and grew up in rural Bernadotte, MN. He graduated from Winthrop High School and the University of Minnesota. He received his master’s degree at the University of Northern Iowa. He started his teaching career in Canton, MN. From there they moved to Hayfield, MN where he was a teacher and principal.  He was an active member of the community including Trinity Lutheran Church Board, Lion’s Club, founding member of the Hayfield Volunteer Ambulance Service. He enjoyed spending time at their lake home, traveling, woodworking, and fishing. Most of all, he enjoyed spending time with family and friends. Private Family Service was held. Memorials preferred to the Mayo Clinic and St. Andrew’s Church in Mahtomedi, MN. Blessed be his memory.