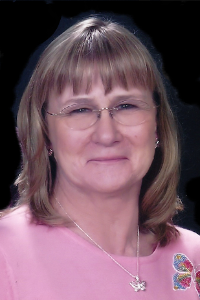 Limerick - Margaret Linda (Stone) Lanoue, 69, died at her home on January 22, 2021 with family by her side after a courageous battle with lung disease

Linda was born August 17, 1951 in York, Maine to Howard Stone and Ellen MacDonald of Waterboro, ME. She graduated Sanford High School and owned a Cake Decorating business called “Linda’s Piece of Cake”. She was always thrilled to be a part of peoples’ celebrations and adding her personal touch with every creation she made.

She became a member of St. Matthew Catholic Church serving as a Eucharist Minister and Lector. She worked as the Church Sacristan for over 30 years and trained countless Altar Servers. One of those servers invited her to his ordination as a priest. She was so proud of him. She was involved with the Funshine Fair from its inception, running a successful Baked Good Booth and sponsoring ‘Cake Walks’ as a fund raiser. She learned to play the organ in her forties and was awarded Most Improved Organist at her recital.

Linda loved to cook for her family. Her blackberry jam was a treat and homemade donuts were expectation in her kitchen. Her baked beans were always a hit at Church Suppers that she chaired. She always involved her children and grandchildren in these activities whether stirring the batter, painting the new church walls or serving dessert. She believed you learned by doing. Nascar and drag races were her summer passion with family. Linda was a lifelong fan of Elvis, enjoyed trips to New York City with friends and her most recent trip to Pennsylvania and Washington DC with her daughter.

A Funeral Mass will be held at St. Matthew Church in Limerick on Saturday January 30, 2021 at 10 a.m. Due to Covid-19 restrictions, space will be very limited. It will be also be Livestreamed at: www.stmatthewlimerick.org.

Arrangements are respectfully handled by Poitras, Neal and York Funeral Home. Online condolences may be expressed at: www.mainefuneral.com

In lieu of flowers, donations in her memory may be sent to Hospice of Southern Maine 390 US Route One, Scarborough, ME 04074.