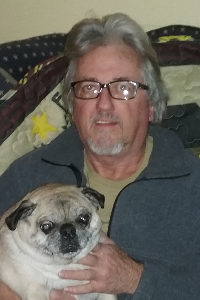 William Joseph Rousseau, 70, of North Berwick, Maine, passed away peacefully on Wednesday, Jan. 20 at Gosnell Memorial Hospice House.
Bill was born in South Boston, Mass.
He graduated from Farmington High School.
He served in U.S. Army.
Bill was a pipefitter at Portsmouth Naval Shipyard. As a master electrician, he owned Rousseau Electric with his son, Shane.
He was a member of Ring Finders.
He was predeceased by his parents, Charles and Ann; and his brother, Leon.
He is survived by his wife, Sandra (Dillon); two sons, Chris and his wife Robyn and Shane and his fiancée Sokunthea; siblings, Ann Richards, Charlie, Carlton and Wesley; and his canine sweetheart, Daisy. His first granddaughter, Emily, is due in February.
Bill’s wife and children want to thank New England Cancer Specialists in Kennebunk and Hospice of Southern Maine for their compassionate care. Donations may be made to Gosnell Memorial Hospice House, 11 Hunnewell Road, Scarborough, ME 04074, to help other families in need of hospice care. A small gathering to remember Bill will be held in the summer.

Arrangements have been entrusted to Chad E. Poitras Cremation and Funeral Service, Buxton, www.mainefuneral.com
- Celebrating the Lives of Veterans -