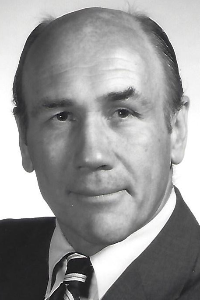 SOUTH DARTMOUTH – Jerome S. Cline, 87, of New Bedford, died peacefully at St. Luke’s Hospital on Jan.18, 2021. He was the son of the late Guernsey Chaffee Cline and the late Marjorie Burns Cline.

Mr. Cline was born in Bronxville, NY, and summered at Salter’s Point, MA. He graduated from Kent School and Brown University. He served as a pilot for the United States Air Force.

He had a love of backgammon, sailboats and high-flying kites. He was a proud veteran and high school and college alumnus who spent most of his career in corporate sales.

After he retired, he volunteered as a docent for the Washington National Cathedral. Most recently he was a docent at the Whaling Museum in New Bedford.

Due to the pandemic, a memorial service will be held this summer at St. Aidan’s Chapel in South Dartmouth.