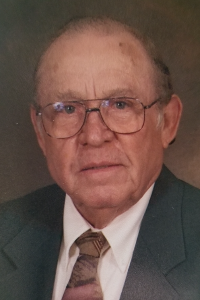 Mr. Ivemeyer was born November 1, 1936, in Fitzgerald, Georgia, to the late Henry William & Nellie Elizabeth Batten Ivemeyer. He was a 1955 graduate of Fitzgerald High School. Mr. Ivemeyer served his country honorably in the United States Coast Guard. He was a lifelong farmer and drove a school bus in Ben Hill County for 29 years. He enjoyed fishing and camping as well as traveling with his wife; together they had visited every state in the Union but Hawaii. He was a member of Arbor Baptist Church.

He is survived by a daughter, Donna Hair of Oakwood; son, Henry W. Ivemeyer, III & Martha of Fitzgerald; grandchildren: Brittani Elizabeth Brown & Shema of Tifton and Payton Daniel Walker & Tara of La Porte, Texas; a great-granddaughter, Maya Hopper. In addition to his parents, he was preceded in death by his wife, Donnette Freeman Ivemeyer; and a brother, Allan Craig Ivemeyer.