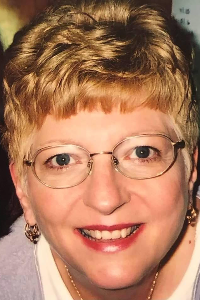 Barbara Jean Cowling Brien
August 25, 1948 - January 16, 2021
Barbara Jean Cowling Brien of Mount Carmel Nursing and Rehabilitation Center died peacefully on the morning of January 16, 2021 after battling chronic illnesses for many years.
Barbara was born in Springfield, VT on August 25, 1948, daughter of Edna (Drown) Cowling and Paul E. Cowling. She grew up in Chester, VT and West Brattleboro, VT. She attended Brattleboro High School where she sang in the choir and participated in band as a percussionist. After graduating in 1966, she attended Concord Nursing School in Concord, NH where she earned her degree in Nursing. Upon graduation, she worked as a Registered Nurse at Concord Hospital until 1971. On October 24, 1970 she married Eugene (Gene) A. A. Brien in Brattleboro, VT. They were married for almost 50 years before Gene’s passing in July 2020.
They lived most of their life together in Manchester, NH. Though raised Protestant, Barbara was a parishioner and volunteer at St. Augustine Parish for many years. She was a homemaker, and also worked as Sacristin at St. Augustine’s Parish and as a Lunch Lady in the Manchester School District. She always made time for helping in the community. She was a dedicated member of the St. Augustine choir, St. Augustine’s Ladies’ Guild, weekly volunteer at Bingo Night and Gift Shop Volunteer at The Elliot Hospital. She also put her love of reading to work by volunteering at the Manchester Public Library to teach adults to read.
She will be remembered by all as a kind, loving and friendly woman. She was known for striking up conversations with strangers in line at the grocery store, or offering help to someone in need. She was skilled in knitting, needlepoint, crochet, sewing and quilting, and would often present handmade gifts to family and friends to celebrate marriages, graduations and births.
She is lovingly survived by son, Christopher Brien and his wife Tina of Bedford, NH; son, Michael Brien and his wife Janet of Hillsboro, NH; son, David Brien and his wife, Dana of Deering, NH; daughter, Kathrine Monteiro and her husband, Jamie of Spring, TX; and daughter, Stephanie Baker and her husband, Aaron of Claremont, CA; and her sister, Janet C. Esden of Columbus, OH. She also leaves a legacy of 18 grandchildren: Shane, Luke, Cody, Morgan, Meghan, Cooper, Caitlin, Jamison, Jake, Barbara, Gabriella, Marshall, Asher, Madison-Grace, Curtis, Simon, Nissa and Isaac.
She is predeceased by her husband, Eugene (Gene) A. A. Brien and her parents, Paul and Edna Cowling.
Walk through calling hours with masks and social distancing will be held on Friday, January 22, 2021 from 4 to 6 pm at J. N. Boufford & Sons Funeral Home, 110 Bridge St.
A mass of Christian burial will be celebrated on Saturday, January 23, 2021 at 11 am in St. Catherine of Siena Church, corner of Webster and Hemlock Sts.
In lieu of flowers, donations can be made in honor of Barbara to the Sjögren’s Foundation at: www.sjogrens.org/get-involved/ways-to-give/honor-a-loved-one.
For more information and online guestbook please visit www.bouffordfuneralhome.com.