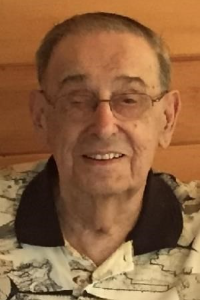 Mr. Gadilauskas served in the U.S. Air Force during World War II. He was a retired postal clerk with the United States Postal Service. Prior to that, he was a production expeditor for Wyman Gordon Company. A parishioner of Our Lady of Lourdes Church in Worcester, he was a member of the former St. Casimir's Church. He was a member of the Knights of Lithuania, Maironis Park and the Greendale Men's Club. He was an avid candlepin bowler for many years. He enjoyed trips to Cape Cod and Foxwoods Casino and loved to play card and board games and excelled at them. He enjoyed watching New England sports, especially the Red Sox and the Patriots, but his favorite team was the University of Connecticut women's basketball team. Words on paper cannot capture what a kind man he was.

The funeral will be held on Thursday, January 21, 2021 from DIRSA-MORIN FUNERAL HOME, 298 Grafton St., Worcester, MA, with a Mass at 12:00 PM in Our Lady of Lourdes Church, 1290 Grafton St. Burial will be in St. John Cemetery. Calling hours in the funeral home will be Thursday, from 10:30 am to 11:30 am. The family requests that flowers be omitted, and memorial donations be made to St. John's Food for the Poor Program, 20 Temple Street, Worcester, MA 01604 or to a charity of your choice.