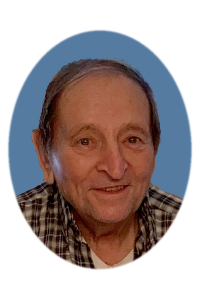 William W. “Bill” Vilk died January 9, 2021 after a brief illness. He was the husband of the Late Muriel (Makepeace) Vilk for 56 year and had lived in Brockton for many years before moving to Berkley to live with his daughter and her family.

Bill was born and raised in Stoughton, a son of the late Herbert L. Vilk, Sr. and Ellen (Green) Fabiano and was a 1949 graduate of Stoughton High School. He served in the US Air Force during the Korean Conflict and earned a good conduct medal.

Bill worked with his father and brothers for many years at Herbert L. Vilk, Sr. and Sons Builders before going out on his own as a painter and paper hanger. He enjoyed playing cribbage at the Brockton Senior Center and once had a perfect hand. He was an avid Rummikub player and was hard to beat. He also enjoyed gardening and yard work but most importantly time spent with his family.

Bill is survived by his children, Marjorie Brooks of Pawtucket, R.I., Timothy Vilk of Brockton, Denise Farrell and her husband Brian of Dighton and Wendy Nightingale and her husband Tom of Berkley; nine grandchildren, Abbey Botelho, Amy Sousa, Tara, John and Emily Vilk, Jeremy and Leah Burke and Vanessa and Victoria Nightingale; four great-grandchildren, Jacob and Isabella Sousa and Brooke and Madison Botelho; sister-in-law Jean Delmonte Vilk of Port Richey, FL; several nieces and nephews; he was the brother of John Vilk of Stoughton and the late Herbert L. Vilk, Jr. of Port Richey, FL.

Services will be private due to COVID restrictions and will be held at Conley Funeral Home 138 Belmont Street, Brockton Massachusetts 02301.