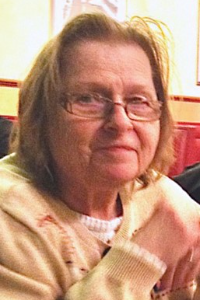 
Karen (Blomquist) Inglis, 74, of Whitman, passed away on January 7th in the Royal Norwell Nursing & Rehab, after a period of failing health. She was the beloved wife of David Inglis.

She was born in Brockton, daughter of the late Arthur and Ella (Durerger) Blomquist and a graduate of Brockton High School.

Karen lived in Whitman for many years, worked at the Lobster Barn in Brockton and Ames Department Store in Abington.

She was a member of the Whitman Mother’s Club, volunteered with Whitman Middle School haunted house and the Whitman Winterfest. Karen enjoyed traveling to Walt Disney World and spending time with her family.

Her graveside service will be held on Monday January 11th at 10:00AM in the Colebrook Cemetery, Whitman.

In lieu of flowers donations may be made in her name to the Lewy Body Dementia Assoc., www.lbda.org